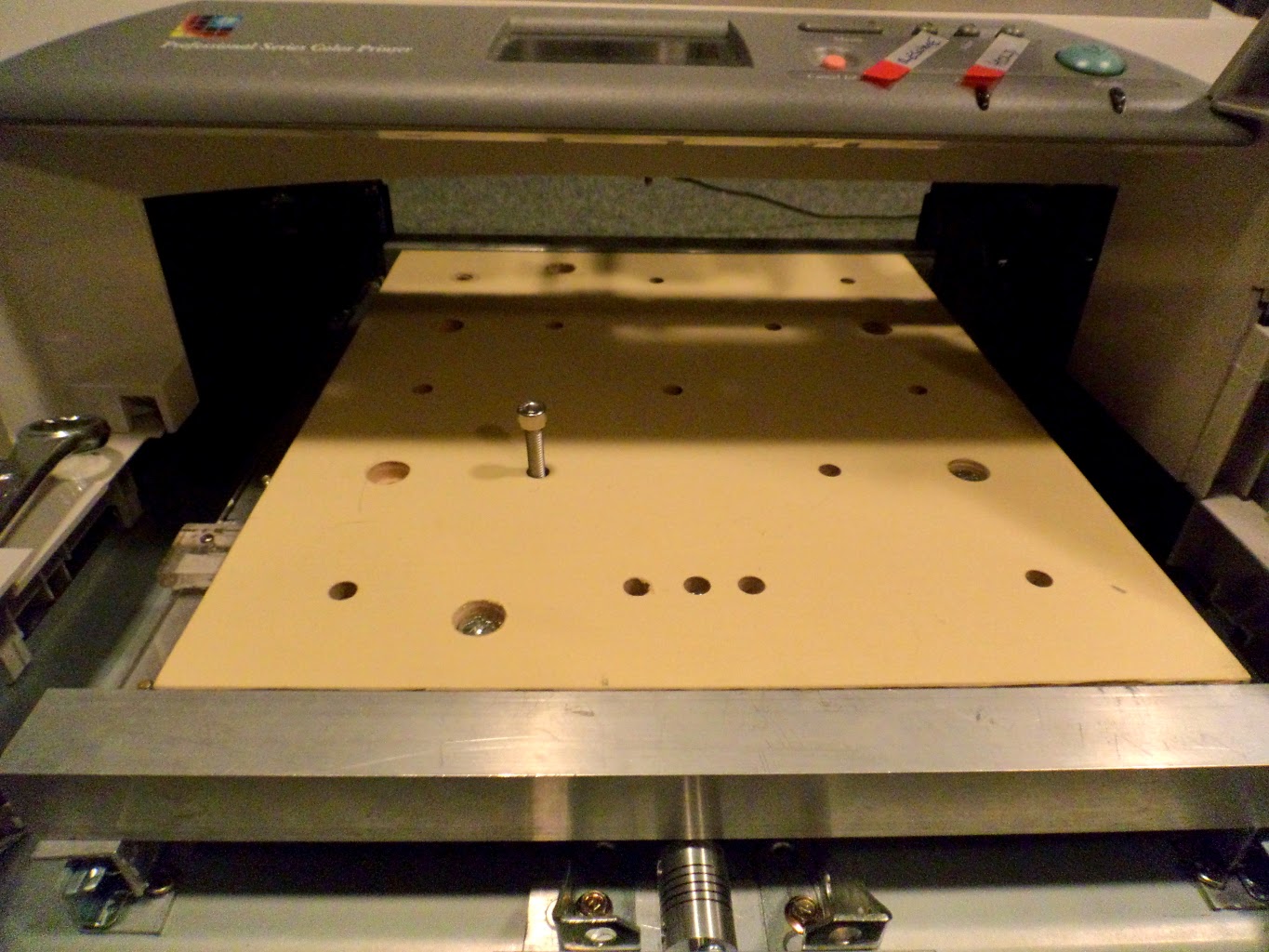 So after some engraving testing with pyCAM, and noticing how the workpiece was moving around the base plate, I decided to drop in a piece of 15mm MDF.  The uber magnet and silicon dots I was using before just wasn't cutting it (pardon the pun).

I screwed in a bunch of M6 MDF inserts from the underside, countersunk slightly so as to keep the underside flat, which now gives me a range of screw anchor points for clamping down the material being engraved.  It also means I don't get stressed about the milling bit going too deep and messing up the sheet of 6mm acrylic that I used for the original bed.  After everything was up and running, I dropped a 13mm straight cut bit onto the CNC spindle and program in an overlapping grid cut run.  This shaves off a small layer of the MDF across the whole platform to make it absolutely parallel relative to the X & Y axis. 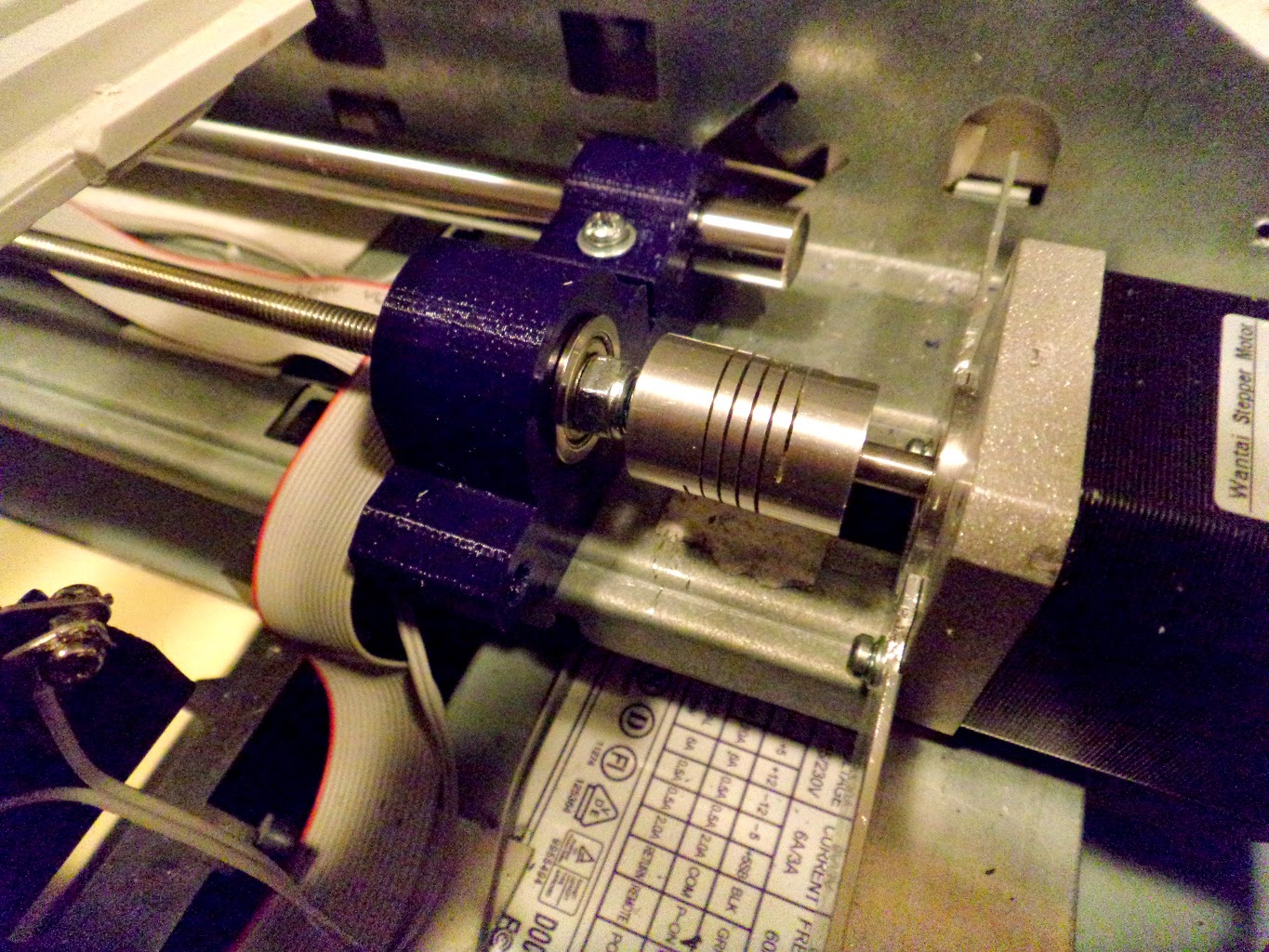 I was also having a bad time with the Y axis binding as the Z carrier got closer to the ends.  This was being caused by a misalignment between the ends of the threaded rod and the nut assembly on the Z carier.  Being 3 points of contact over a 270mm wide gap means that everything has to be perfectly parallel...which is not easy when you have a small bend in the threaded rod!  So my fix was move the bearing mount as close to the stepper as possible, which also makes it easier to line up. 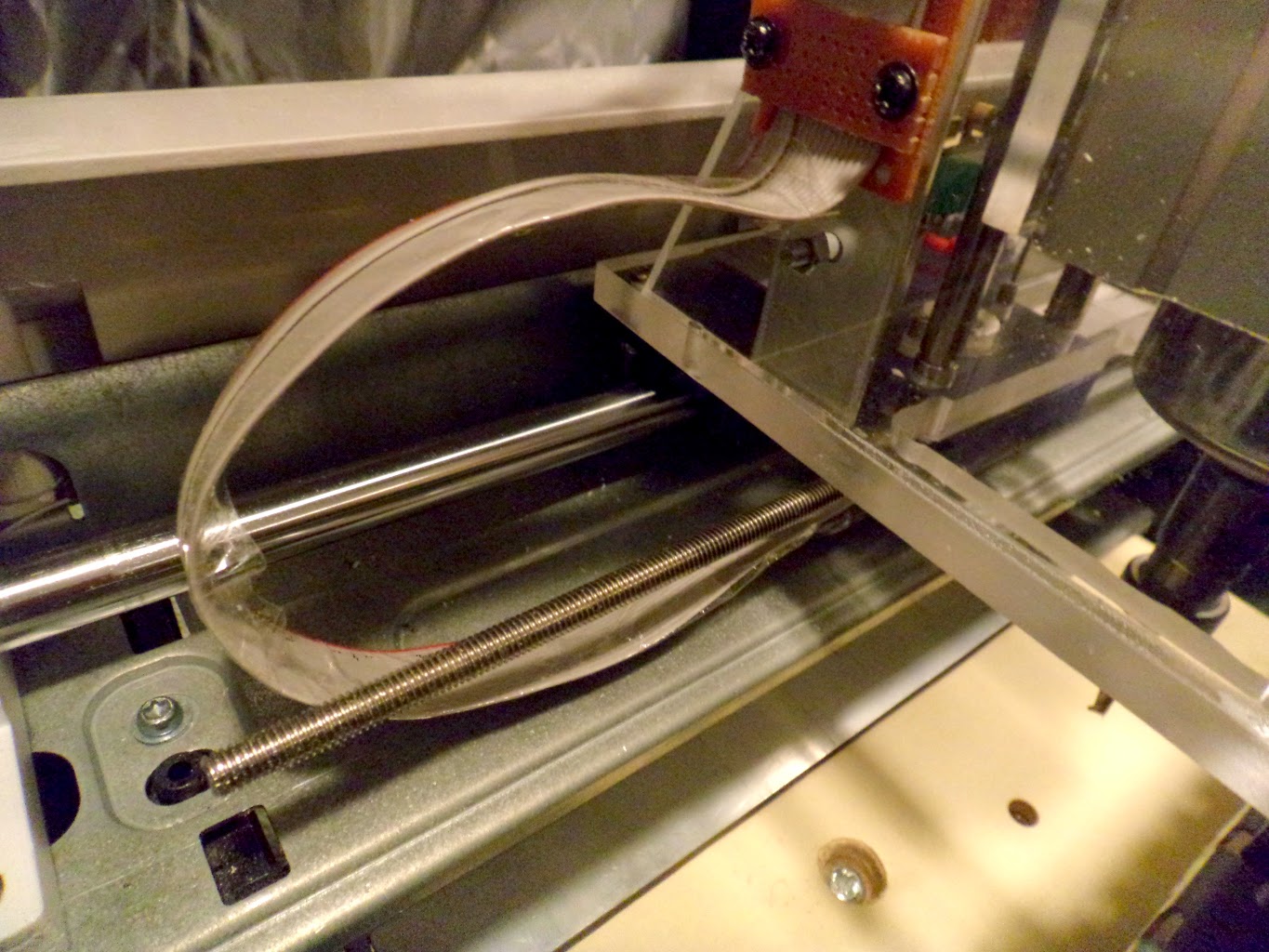 I then leave the far end of the rod to flap around in the breeze, doing it's thing.  I got the idea from the way my 3D printer Z axis is engineered (except the rods sit on top of the stepper shaft, and that carries the Z axis assembly weight).  It means that the threaded rod is free to move about and not cause binding.  The whole Y axis is now as smooth as silk and a vastly reduced load on the stepper.
I'm still getting my head around this CNC, g-code, homing (machine home and workpiece home), and not willing to fork out a small fortune to get some point-and-shoot software like CamBam or MeshCam..so I'm floundering along with  good old faithful SketchUp, pyCAM and Grbl Controller.  However, I will have a photo/video worthy run soon, and will see some nice output coming from it.